Today's social dilemma came from an email from Mary.  It's interesting because I know I've done this before, and if it happened to Mary then maybe it's happened to you too.  This is what she wrote:  Hi Jaime.  Here's my social dilemma.  We have single bathrooms at our office and they are unisex.  There are four of them, and it's a rather small company so that works for us.  The other day I happened to open the door to one of the bathrooms, and bang, one of my coworkers, actually someone who is kind of like my boss, was using the restroom.  We stared at each other for a minute, I apologized profusely and quickly closed the door.  However, ever since then, he's been acting strange around me.  He won't make eye contact and he's being a bit curt.   I don't think it's a big deal.  Everyone has to use the bathroom, so I would have forgotten about it by now, but his reaction is what is keeping it being an issue.  What would you do in this situation?  Have you ever walked in on someone in the bathroom?  Has someone ever walked in on you?   Help me out.  Thanks so much ~ Mary

Well, I have to say, it sounds like he's making a bigger deal out it than it should be.  I've walked in on a coworker in the bathroom before, and it's been no big deal.  I've apologized, closed the door, and when she came out, she came over to my desk and apologized to me for forgetting to lock the door.   It was over in five minutes.  I understand his embarrassment but I think he's making it worse.   I would talk to him.  And no one has walked in on me but I'm sure at some point I'll forget to lock the door and it will.  Accidents happen.   Has this happened to you?  How did you handle it.  Let's help Mary out.  Let me know what you think on the 98-3 TRY Facebook page. 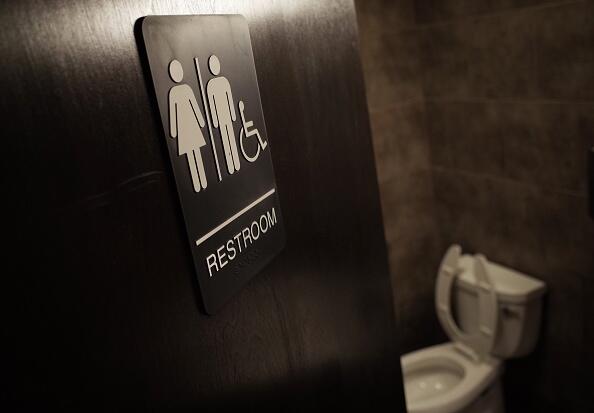